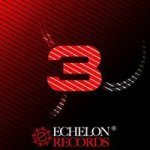 The story of Echelon Records began in 2008 from sheer love of art and creation when, in search of an outlet for their works, artists Tempo Giusto and Ima’gin decided to put up their own label. What started small, soon grew rapidly and in 2011 Echelon Records® celebrates not only its 3rd anniversary, but also its 100th release. During the 3 years of its existence, Echelon has been most acclaimed of its fresh and unprejudiced sound, and its releases have been supported by a wide cavalcade of DJs on radios and club events. The main imprint Echelon is focused on trance with an emphasis on tech and progressive club sound, whereas Echelon White concentrates on more uplifting trance. | read more

Check out the latest Echelon Sessions with TEMPO GIUSTO: and @imaginmusic at https://t.co/ALtxCu74na! #trancefamily #edm - 328 weeks ago