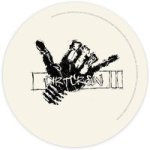 2004 Dirt Crew aka James Flavour and Break 3000 released their first EP “Cleaning up the Ghetto Part I” on MBF (My Best Friend) and got respect from DJ/Producers like Trevor Jackson, Ata, Ivan Smagghe and Sasse. After the follow up release, “Cleaning Up The Ghetto II”, the track “Rok Da House” and their remix for Naomi by M.A.N.D.Y. on MBF, everything begin to fall into place and the Dirt Crew began to receive worldwide recognition on the dancefloors. Around this time Moodmusic expressed interest in their music the result of which were two tracks on the label with “808 Lazerbeam” and “Darkside”. | read more