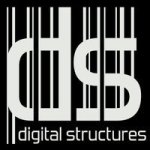 Digital Structures was started by Sweden’s Peter Didjital, Sebastian Mullaert & Marcus Henriksson back in the turning of the millennium. During the last decade it gained massive reputation as a leading, trend making label and a quality standard setter in psychedelic progressive trance scene, exclusively representing top notch artists such as Son Kite (now known as Minilogue), Ticon (a.k.a. NDSA), Vibrasphere and many more.

The new decade finds Digital Structures reorganized and changed ownership as well as its sound and genre. Yuli Fershtat a.k.a. Perfect Stranger and Avishay Balter a.k.a A. Balter, have taken over the front seats of Digital Structures management team and have directed the beat to their own imprint of uplifting melodic techno sonic possibilities, greatly inspired by the label’s history.

Both Yuli and Avishay have been long time friends and activists in Israeli underground dance scene. Perfect Stranger’s fat productions have put him on the top of his league, touring the world constantly and releasing massive chart hitters on too many labels to count, including five full feature artist albums. A. Balter would best be described as the busiest techno dj in Israel for last couple of years. His releases have already hit some strong waves and his live act is very sought after. Their work together has already given rise to a number of joined projects inside the studio and outside of it.

Digital Structures’ agenda is to provide solid dance floor material for the new age, where boundaries between different genres have melted. This is the time of crossover dance floor music that can relate to different crowds and still stand out.

Just good music that hits where it counts.