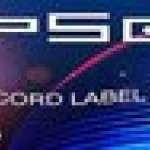 We Are The 99 (Freedom) by ZOUVI
Release Date: 1st May 2014
Label: DeepSound Records