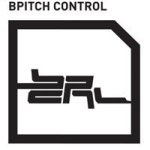 BPitch Control has been introducing diversity to the club society of Berlin since 1997. In the meantime there is no halt within the republic’s borders. The label, created by Ellen Allien, tries to split the technoid-electronic microcosmos of the capital city with the function of being a platform for upcoming artists. Berlin is growing from the important role as one of the cities where techno has been at home the most for the last years. BPitch Control puts this consequently into practice and leaves its unmistakable marks on techno, hence “made in Berlin”.
Musically, BPitch Control is not only defined by techno, it is a wide concept including self-organized parties on a regular basis, an open content label, visual implementation, and the successful move to keep the material conditions of production under own direction. BPitch Control considers itself a channel where the collective is the priority and the ideas of every individual have space. Reflection about the sound can become a mirror to the city of Berlin. Acoustically, BPitch Control romps about in the vast plane of electronic music – just don’t get stuck on one style. | read more