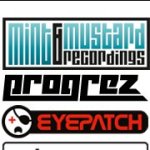 Banshee Worx was founded in May 2003 some 2 months after the closing of Lightning Records which was the company that took care for the Bonzai brand and imprint since 1992 until early March 2003. Now things changed and Banshee Worx was formed by Fly (owner and founder of the Bonzai trademark), Marnik (former International and A & R from Lightning Records) and 2 artist/producer/dj’s who were also part of the Lightning Records artist roster, namely: Yves Deruyter, Belgium’s number one dj with huge, already considered classic, clubhits such as Calling Earth, The Rebel and Born Slippy. Last but not least there’s Laurent Véronnez aka Airwave, without a doubt a man leading the electronic dance market with superior quality music. Remixing many of his colleagues and deejaying worldwide he is the Caterpillar of the musical bulldozers out there. | read more

RETURN OF THE NATIVE

A ROBOT COMES TO HER