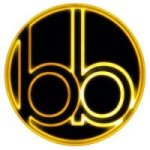 Originally formed in 1993 to cater for different genres both Hook Recordings and Bellboy Records became successful and Influential imprints selling over 700,000 units of Vinyl and securing over 700 licenses for CD, Film, Game and TV during its first ten years in operation. During September 2008 the labels were relaunched with a series of compilations of past releases. New releases from established and new artists are set to launch from April 2009. | read more