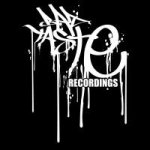 Bad Taste Recordings first began in 2004, when it was set up by Michael “Vegas” of Bad Company UK fame. After initially acting as an outlet for more established artists such as Noisia and Chase and Status, for the last two years the label has become home to the exciting Blokhe4d project, consisting of Mick and Jonas “Uman”. | read more