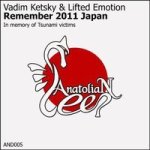 The tunes released from the Label continually achieve “Top Charts” in world’s top online stores like Beatport, i-Tunes, DJDOWNLOAD, Juno, DjTunes, Ibizadance and Beats Digital. In fact, Anatolian Beats is a very successful and competent label on the music market having sold up to 50,000 copies of tunes both digitally and mechanically. Moreover, in 2010 the Label has achieved 3rd in Spotify’s mostly listened label ranking.

Besides being the Label only, Anatolian Beats is also a company that offers Turkey’s best mastering services. The clients that buy this mastering service include numerous other labels, TV and radio channels, advertising and filming agencies. The sound engineers behind all the mastering are Arif Mesut Kahramanoglu and Bertan Cosar. Arif is a mastering engineer who has a Master’s degree in Sound Physics from Istanbul University. Bertan is a lecturer in Istanbul Technical University in the area of composing, mix engineering and music directing.

Having released numerous successful minimal, techno and tech house tracks since 2007, 2011 is the time when the Anatolian Deep sub label will also be on the roll. As its name suggests, the sound will be more deep and progressive with brilliant, aesthetic, atmospheric and harmonic grooves. Thus, the Parent Label (Anatolian Beats) will continue releasing minimal, techno and tech house tunes as the Sub Label (Anatolian Deep) will release deep and progressive house tunes. In addition, a trance sub label (its name yet to be announced) will also be opened and will be managed by Adem Parlar (Coreye) in the course of 2011.

Anatolian beats will continue to be a successful company in the music industry releasing the best quality music for the DJs to play, radios to broadcast to their listeners, music fans to admire and artists to retrieve inspiration from.

Thank you very much for your support!